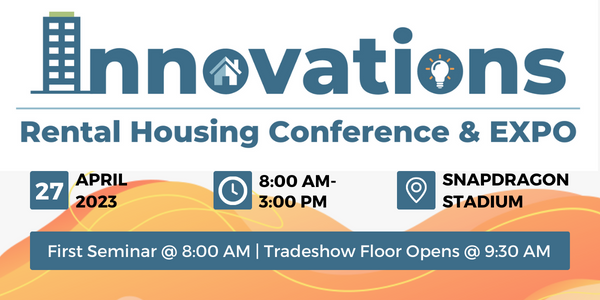 SCRHA has reviewed dozens of bills thus far and has started advocating in Sacramento for and against some legislation. While there are some positive bills, such as those that would improve the Emergency Declaration process, several bills of concern have been identified. Again, legislators are targeting rental housing providers with limitations on credit checks and criminal background screenings. A rental registry proposal is back despite SCRHA having defeated similar legislation at least three times. There is even a bill that could require housing providers install air conditioning in existing units. SCRHA will need members to be prepared to respond to Action Alerts on these bills. Make sure you are signed up to receive SCRHA Action Alerts! Below are just a few of the bills that will impact the industry.

Credit Reports/Background Screening – Several bills dealing with credit reports and screening have been introduced. AB 2203 (Luz Rivas) would prohibit a housing provider from requiring a credit report as part of the application process in situations where the applicant receives a government subsidy, such as Section 8. Another bill that would have prohibited credit checks for any applicant, AB 2527 (Quirk-Silva), is not moving forward due to early and overwhelming concerns from the industry. And like a bad penny, the bill to make criminal background screening extremely difficult, is back. AB 2383 (Jones-Sawyer) would prohibit a housing provider from asking about criminal history and permit a criminal background screening only after the initial application assessment. This bill would significantly delay the application process and make housing providers vulnerable to housing discrimination complaints.

Rental Registry – Assemblymember Wicks, who is now Chair of the Assembly Housing Committee, has introduced yet another bill, AB 2469, that would mandate a rental registry. The bill seeks to not only mandate certain information be submitted to the state registry by housing providers, but it would also prohibit giving a resident a notice of a rent increase, notice of an intention to terminate a tenancy, or notice of an unlawful detainer action unless the information has been submitted. SCRHA has defeated this or similar bills several times already. This bill will surely get out of the Housing Committee given the author’s role so we will work to stop the bill from getting out of the Assembly.

Just Cause – Assemblymember Wicks has also introduced AB 2713 which seeks to place further restrictions on the Just Cause provisions created by AB 1482, the Tenant Protection Act. This bill would revise the intent to occupy just-cause provision to require the owner or relative to live in the unit for at least 3 years and would prohibit an owner from terminating a tenancy if there is a vacancy on the property. It would also revise the withdrawal of the property from the rental market to mean withdrawal of all of the rental units at the residential real property from the rental market for the purpose of changing the property’s use from residential use to nonresidential use or for the purpose of selling each unit on the property for owner-occupancy. Additionally, termination of tenancy for substantially remodel would require an owner to obtain permits before issuing a notice to terminate a tenancy. The existing Just Cause provisions in the law were only in place a short time before the pandemic hit, meaning that the law has not had a fair to chance to work in a non-COVID environment.

Taxation – While each year there are several bills introduced that could result in higher taxes, a bill was just introduced by San Diego Assemblymember Chris Ward that would have significant impacts throughout the state. AB 1771 would impose an additional 25% tax on a taxpayer’s net capital gain from the sale or exchange of a qualified property if sold within the first 3 years of ownership. After the third year, that rate would drop to 20 percent, and decline each year afterward until it is eliminated after seven years. The author states that the bill’s aim is to discourage real estate speculation that Ward said drives up home prices as equity investors outbid individual home buyers. While multifamily properties, first-time homebuyers, and military would be exempt, the bill ignores scenarios like job changes. SCRHA will likely be just one of many housing and business groups that will oppose the bill. Because the bill increases taxes, it will require a 2/3rds vote of the legislature to pass.

Building Amenities/Infrastructure – AB 2597 (Bloom) would render rental units substandard for lack of adequate cooling. Yes, you read that right. The bill does not define what adequate cooling means, but the practical implication is that air conditioning would be required in all housing, which would be very costly, and in some cases, impossible. SCRHA is also tracking AB 1738 (Boerner-Horvath) and SB 1482 (Allen) both of which would create requirements and regulation for Electric Vehicle Charging stations which would likely be too onerous and costly for housing providers.

Victims of Crime/Abuse – SB 1017 (Eggman) would place further regulation on termination of tenancy for domestic abuse victims and other victims of crime. It would also impose penalties for violations. SCRHA has often supported bills that protect victims, but numerous laws have been passed in recent years to provide more protections so the need for this bill is not clear.

Employment/Bereavement Leave – AB 1949 (Low) would institute a series of rules regarding bereavement leave. It would make it unlawful for an employer to refuse to grant a request by an employee to take up to 5 days of bereavement leave upon the death of a family member. Under the bill, in the absence of an existing policy, the bereavement leave would be unpaid, however, the bill would authorize an employee to use certain other leave balances otherwise available to the employee, including accrued and available paid sick leave. If an employer currently provides leave for less than 5 days, the policy will need to be altered to provide 5 days.

Emergency Declarations – Over the course of the last decade, California’s Governors have utilized their Emergency Declaration powers for fires, drought, COVID-19, and more. It has become problematic at times to know what rules are in effect for specific areas and/or statewide, and if those rules impact rental rates. Additionally, some declarations have remained in place for years, while others have impacted rental rates even though they had no relation to housing impacts. COVID-19 has highlighted the need for reform of this process. AB 1687 (Seyarto), AB 2902 (Kiley), SB 1368 (Dahle), and SB 1133 (Archuleta) all seek to improve or alter the existing emergency declaration process. If passed, the two Assembly bills and SB 1386 would shorten the length of time for declared emergencies and require that any associated regulations be specifically related to the emergency. SB 1133 would require a finding specific to housing insecurity in order for the rental rate portions of Penal Code 396 to be applicable and would require the State’s website to be updated with the information before the provisions can be enforceable.

Housing Supply – The legislature continues to address the lack of housing supply by streamlining development processes and making it less costly to developers to provide housing. AB 2063 (Berman) would restrict fees on the development of density bonus units. SB 897 (Wieckowski) and SB 1292 (Stern) would make it easier to build accessory dwelling units by placing limits on some of the restrictions local jurisdictions use to limit ADU development.